Stink bombs and rival unions: the surprising history of this old Milwaukee theater 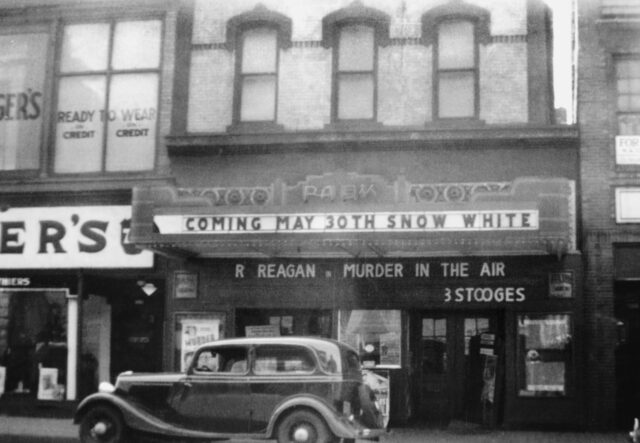 In our Urban Spelunking podcast, we’re on a never-ending quest to prove every Milwaukee building has an interesting story.

That journey continues this week on Mitchell Street as we explore a duo of unassuming buildings — a former furniture store and an old theater — both packed with history.

The building site, 723 W. Mitchell St., has recently received some media buzz at OnMilwaukee.com because construction workers uncovered both an interesting piece of retail history and a cool piece of mid century moderne art.

They found an intricate glass facade and a retail sign bearing the name “BILT RITE,” covered for nearly 40 years, as they were removing steel panels above the main entrance. The finding, sadly, was temporary; it had to be removed hours later due to structural issues.

But even more interesting than the facade is the history of the theater that was, for a time, connected to the furniture store. The Park theater opened in 1907 and hosted traveling vaudeville acts, and later, feature films.

With the theater, unfortunately, came a lot of drama.

The resilient building somehow survived a major fire, a bomb threat, a rival union and, no joke, a scheming ring of high school chemistry students.

Chat we chat about the history on this week’s podcast episode below. For more history and photos, visit OnMilwaukee.