The Brewers are set to open the 2020 season against the Cubs in shortened, 60-game schedule 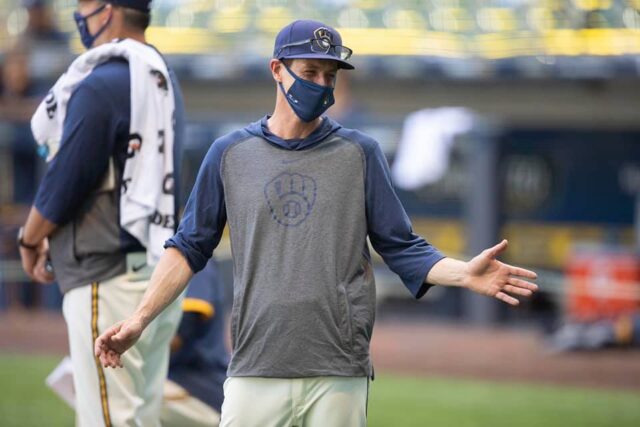 Joining the Milwaukee Bucks, who announced their schedule to return to play last week, the Brewers and their fans finally have dates, times and matchups to look forward to.

After weeks of negotiations between Major League Baseball and the MLB Player’s Association, on June 23, America’s pastime was mercifully announced to return in late July. Having originally been set to kick off at home four months ago at Miller Park, we now know that the Brewers season will begin in Chicago on July 24 along with the 59 other matchups making up the shortened season. This includes a home opener against the rival St. Louis Cardinals on July 31.

The 2020 season will focus much more on divisional play than normal in order to limit travel and see the Brewers solely face both their typical National League Central rivals and their American League equivalents. This includes series against the Chicago White Sox, Detroit Tigers, Minnesota Twins, Cleveland Indians and Kansas City Royals — teams which typically make up a much smaller percentage of a season for the Brew Crew (if they even face off at all).

Moreover, Milwaukee is also set to play an exhibition game against the White Sox on July 22 at Guaranteed Rate Field in Chicago at 7:20 p.m. in place of the exhibition series they were set to have against Kansas City at home in March.

The complete schedule is below.

For the sake of player’s safety, there have also been some noteworthy rule changes made including putting an automatic runner on second base in extra innings to speed the process up, no restrictions on position players pitching and perhaps most importantly, designated hitters will be used across the league in order to help pitchers stay healthy and provide players with additional at-bats. The universal DH rule is most relevant to the Brewers in regards to Ryan Braun as it provides him an opportunity to see more play entering into the final guaranteed year of his contract.

Despite having a schedule and rule changes which benefit the team, the season is still set to occur within a global pandemic and as manager Craig Counsell announced on Monday, shortstop Luis Urias and pitcher Angel Perdomo tested positive for COVID-19, prior to Summer Camp beginning at Miller Park. Although the two were declared asymptomatic and part of the encouraging 1.2% of positive cases across the MLB’s testing results as a whole, it still creates concerns as more players across the league opt out of the season and concerns over the testing program arise.

And yet, it’s hard not to get excited that Milwaukee is currently set to see baseball this year and provide some normalcy in a year which is anything but.