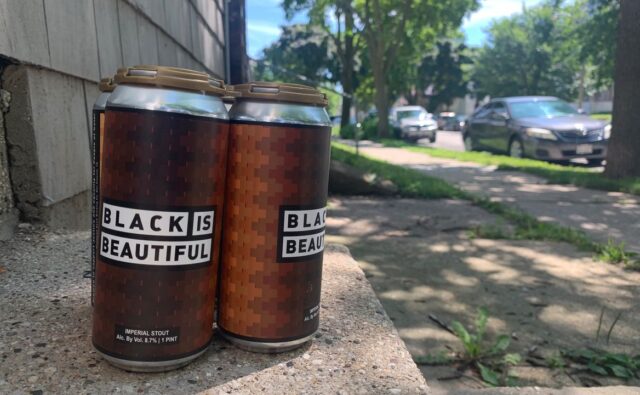 Can beer make a difference when it comes to racial justice? Milwaukee’s Company Brewing will answer that question with the release of a beer called Black is Beautiful.

Milwaukee’s Company Brewing is one of over 1,000 breweries from around the world to take part in the Black is Beautiful Beer initiative. The initiative was started by a Texas Black-owned brewery called Weathered Souls. They invited any brewery to participate by brewing their recipe for an imperial stout. The participating breweries would then have to donate 100% of the beer’s proceeds to a local organization that fights for racial justice or supports equality and inclusion.

Company Brewing will start selling the beer on July 16 and 100% of the proceeds will be donated to BLOC (Black Leaders Organizing For Communities).

“A lot of breweries put their own twist on the recipe. We brewed the recipe exactly as it was provided by Weathered Souls Brewing Co. and I’m really glad we did. It’s an awesome imperial stout,” said Company Brewing’s owner George Bregar

Company Brewing will be selling 16 oz. four-packs of the beer at their location in Riverwest.